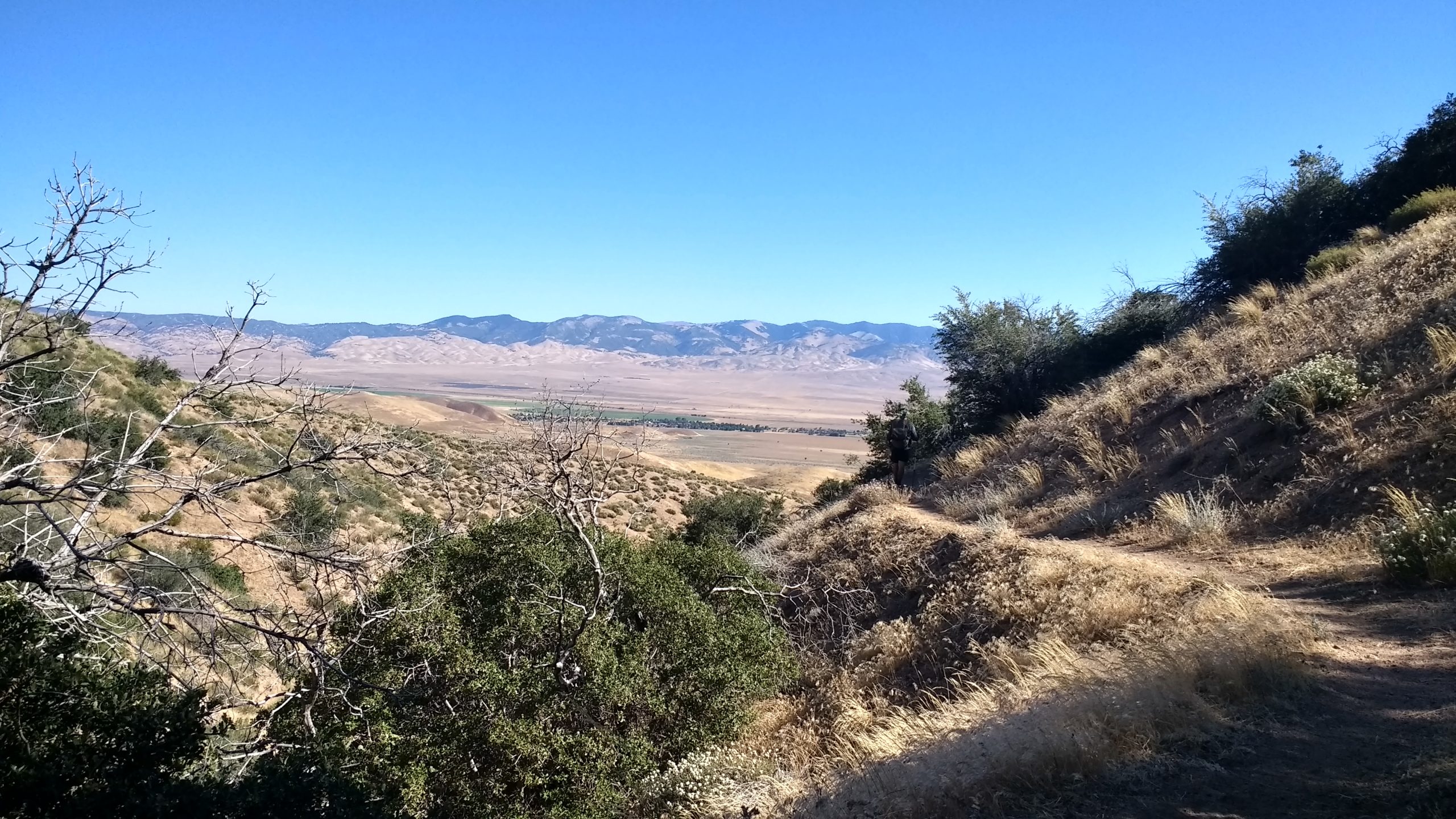 So, let’s talk about how much I hate the desert. 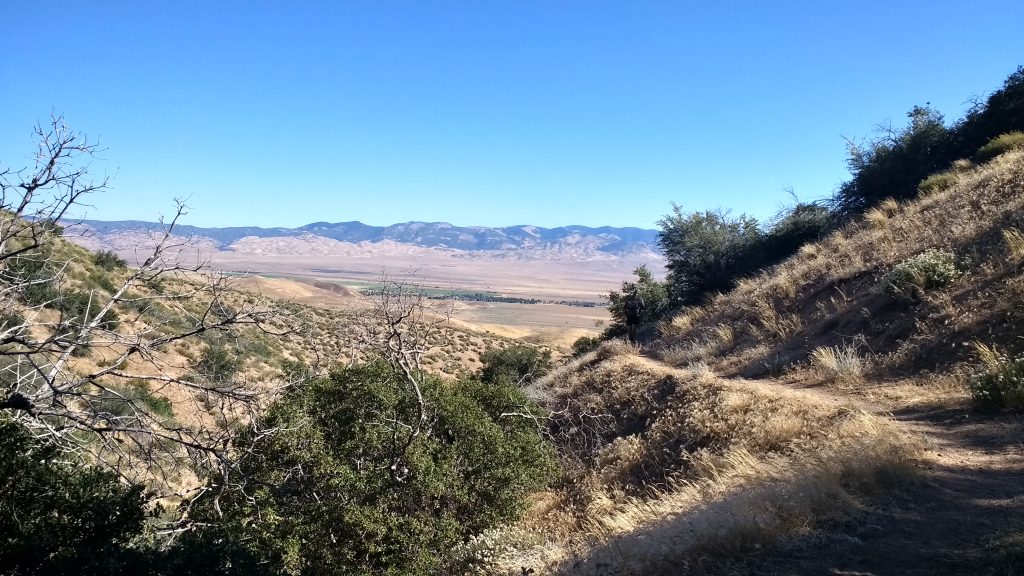 I grew up in Michigan, where the winters are characteristically cold and dry, with at least a few feet of snow. The upstairs of my childhood home had no heat, no insulation, and old drafty windows. Naturally that’s where my bedroom was, and sometimes I woke up seeing my breath, scratching ice off my windows to see outside. I wasn’t miserable though; I’m a cold loving creature.

Don’t get me wrong, I enjoy summers, especially dry heat! But I cannot handle the deserts of the American Southwest, especially in late June and on the PCT.

Yesterday it was 98F by 8am. I was trudging down the trail to Hiker Town with just a few liters of water left. Once again it had been hard to put food down for the last few days, I blame the heat and the swarms of black flies the day before. In order to eat anything I had to hide under my tent’s footprint! In 100+ heat! So, I was so hungry I felt sick, yay! I nibbled here and there to keep it at bay and otherwise filled my stomach with water. At least I wouldn’t be dehydrated too (although, since then, I’ve learned that the nausea associated with hunger could be linked to my current high-carb diet. A ‘Keto Flu’. I will be incorporating more fats into my diet from now on). 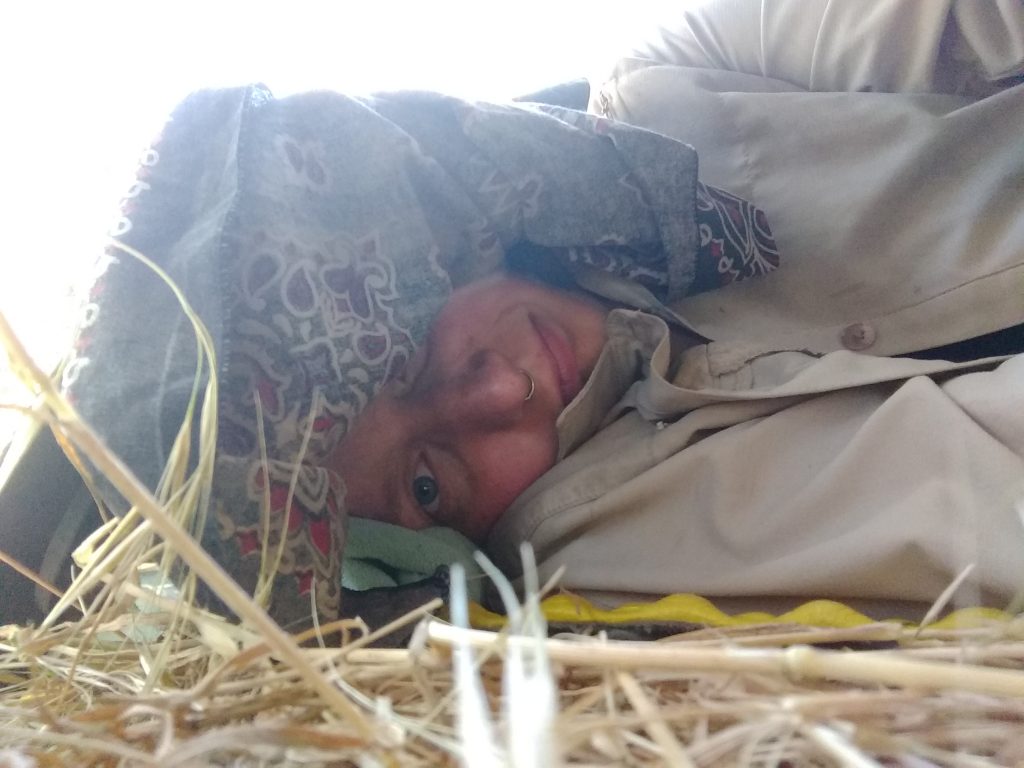 Hiding from the flies.

By 9am it was over 100F and shade was becoming less common on this stretch of trail. My sunbrella provided some relief, except when the heat reflected off the ground and turned it into a human convection oven. Every chance I got I would stop under a shady tree, throw down my pack, and sit on my butt until my head stopped swimming. At one point Trip passed my while I rested. When did I pass him? I thought I was at the rear of our crew. Welp. Now I really am. Crap. The longer I take to get out of here the hotter it’s going to be. I’m only 4 miles away! FOUR MILES IS NOTHING!

Get up, get going. Sweat a bunch, waver a little, sigh with relief in a brief gust of wind.

My favorite thing to do when there’s a breeze is to arch my back and create a passage between myself and my pack, so when I straighten up I’m gifted with a cold shock of chilled sweat on my spine.

10am, the trail joins a dirt road. Half a mile up is hiker town. I stare the road down; it’s very straight and very flat with no shade. Awesome. To my right is a field with what looks a lot like a dead heifer rotting in the grass. I know the feeling, man.

Honestly, the road walk wasn’t very long. I measure the passage of time with how many songs I can get through. I don’t think I even got through two songs, but it felt like an hour.

How do people live out here? It feels like the life is being sucked out of me with a hair dryer. Do people enjoy this?

I stumble to the highway and see Hiker Town across the way. There’s a big American flag and I see a row of ‘Wild West’ buildings behind the fence. Post Office… General Store… Doctors Office… I briefly consider how neat it would be if they were actual businesses to help us hikers out. It is in fact a sort of Hostel, and each building is a room one could rent.

There’s a grassy area in the center of the lot with what appears to be a gaggle of hikers.

I stumble in. Someone welcomes me, and my crew begins clapping for me.

But I think I’d rather be dead.

I collapse into a chair under a tree as someone says ‘Someone else was sitting there… oh fuck it,’ and I gasp for breath. I’m dizzy. I want to throw up. The shade is nice but I am so hot. Time passes while I rest and sip my warm water. The crew goes to the cafe, and one of the hosts asks if I would like some watermelon. “I would love some watermelon,” I blurt out, sitting up straight. Soon enough I have a gigantic plate of melon on my lap and in my mouth. He was right, I feel better quickly, although a little uncomfortable from suddenly having something in my stomach. I feel well enough to take a cold shower and join the crew at the cafe. 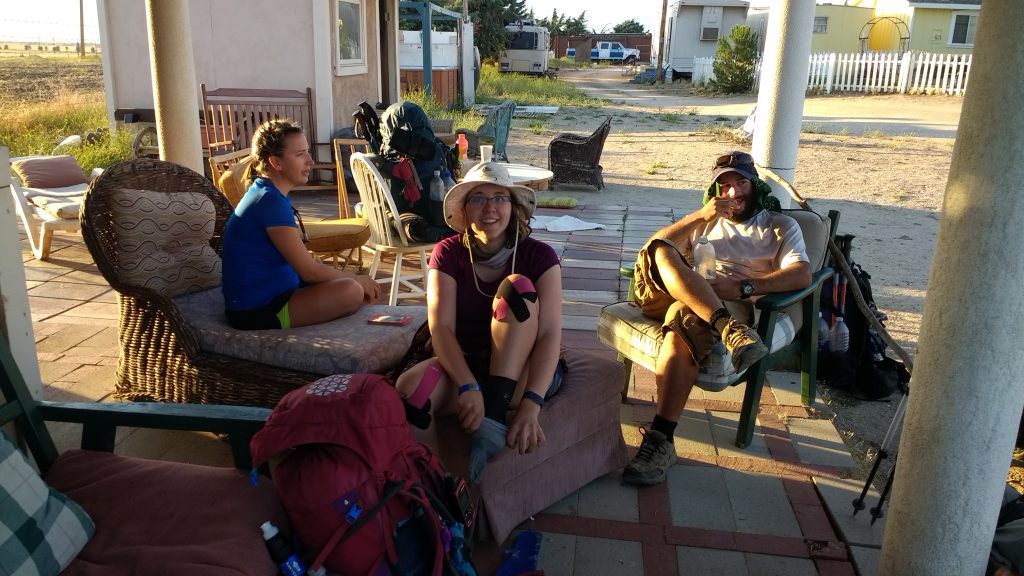 Heat exhaustion is not a fun thing to experience. I only realize this is what was happening later on; thanks Google. The question is, how do I prevent it in the future? I cooled myself as often as I could, and was drinking lots of water and electrolytes…

The answer is easy.

Get the fuck out of the desert.

And it just so happens that I am in the coming hours.